Posted at 09:49h in Featured News by Corbin 0 Comments
0 Likes 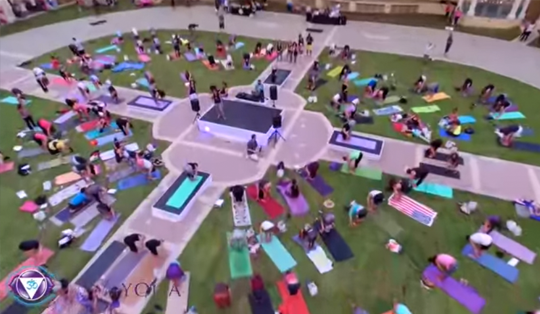 International Yoga Day, also known as Yoga Day in some places, June 21, was declared as the International Day of Yoga by the United Nations General Assembly on December 11, 2014. Yoga is a physical, mental and spiritual practice or discipline that originated in India. June 21st was suggested as the International Day of Yoga because it is the longest day of the year (Summer Solstice) in the Northern Hemisphere and has special significance in many parts of the world.  NamaStacy Yoga Corporation® will hold it’s annual FUNdraising event at the Mizner Park Amphitheater in Boca Raton, FL every June21st as the City of Boca Raton’s Mayor Susan Haynie proclaimed it “International Yoga Day”; recognizing this date – practicing yoga, meditation, and spreading awareness about yoga and adopting it in lifestyle by discussing its benefits.

Watch a clip of this year’s event